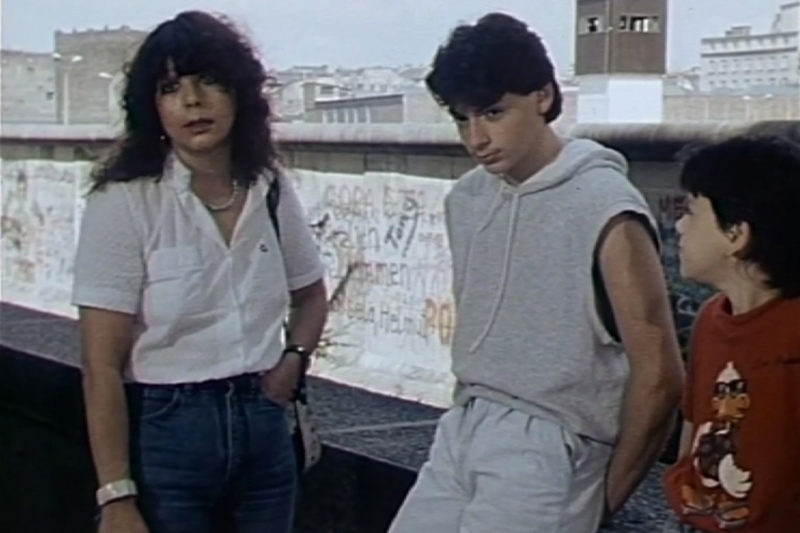 The film programme Testimonies Beyond Margins offer alternative views on Berlin by their filmmakers who are simultaneously insiders and outsiders of their subjective realities. They shed light on migrant perspectives of Berlin by listening to their subjects with an inner self-consciousness. S. Buse Yıldırım‘s Ghostly (2019) is an attempt to create a visual cityscape that oscillates between Istanbul and Berlin by bringing together the narrative interviews with the visuals shot in both cities. With the filmmaker’s own words she “aims to design a visuality of the emplacement and rootlessness, which are very much related to the city itself as well”. Willkommen in Deutschland? [Welcomed to Germany?] (2018) by Özlem Sarıyıldız is a self-reflexive video based on the motivations and experiences of people who moved to Berlin from Istanbul in the last five years. The stories intertwine, overlap, and their borders become ambiguous whilst the video comes closer to the stories that so-called “new wave” migrants from Turkey share in common. Tülay German: Years of Fire and Cinders (2010) by Berlin based artist and director Didem Pekün and co-director Barış Doğrusöz focuses on the legacy of influential singer Tülay German from Turkey in a time of social unrest in which her music became a launch pad of political action. A vigorous and committed woman, German defied family and social expectations with her professional, political, and personal choices. Didem Pekün gives her fırst-person account of the artist as she explores the connections between art, politics, and identity within the contemporary context.